What’s all the commotion about NFTs?

Non-fungible tokens (NFTs) are the new craze. From NFT artworks auctioning for millions of dollars, to NBA Top Shot NFTs that allow fans to own the most iconic highlights of the league’s basketball playtime, there seems to be something for everyone with this new technology. But what exactly are NFTs? And most importantly, is it just a temporary hype, or are they here to stay?

NFTs have taken the internet by storm. Looking at the Google trends graph and retracing the evolution of searches for “non-fungible token,” we see an exponential increase in searches starting around February 2021. The real starting shot, though, was a massive spike on March 14, 2021, just three days after Christie’s auctioning house sold an NFT artwork from American digital artist Beeple for a record-breaking price of $69 million. That kind of sale will raise anyone’s brow.

So what is an NFT and where did it come from?

NFTs, or owning a fingerprint

The latest run of bitcoin and the increasing popularity of NFTs has accelerated since December 2020. However, the technology behind both of these digital stores of value, blockchain, was invented a whole 12 years prior, in 2008.

To understand the similarities and differences between NFTs and bitcoin, one must first understand blockchain technology. Blockchain is a system of registering information in a way that makes it difficult, or nearly impossible, to change, hack, or cheat the system. Essentially, it’s a digital ledger of transactions that is duplicated and distributed across the entire network of computer systems (EuroMoney).

Bitcoin and NFTs are both built on blockchain systems, but they’re differentiated from the fungibility property point of view.

Bitcoin and bank notes are a fungible asset, meaning they have the ability to be exchanged or substituted with similar assets of the same value. For example, if you exchanged a €10 bank note with a friend, you may not own the same €10, but you sure will have the same amount of value in your wallet after the exchange.

On the contrary, non-fungible tokens, as their name indicates, cannot be exchanged or substituted with similar assets. For example, the Guernica painting by Pablo Picasso could not be exchanged with a Guernica poster copy from the Reina Sofía museum shop, because one was created from Pablo Picasso himself, while the other is just an insignificant copy.

The non-fungibility property of NFTs is what makes them so unique to other blockchain technologies. NFTs take the form of images, videos, audio or any other digital file which has a unique identity stored in the Ethereum blockchain ledger. Every transaction and change of ownership of NFTs is safely stored in the Ethereum blockchain, which currently holds 150 million unique virtual wallet addresses and clocks 1.5 million transactions daily.

The birth and boom of NFTs

The first-ever NFT, «Quantum,» was created in 2014 by prominent techpreneur Anil Dash and digital artist Kevin McCoy. The idea, formed during a hackathon event that aimed to connect technologists with artists, came as a way to find a blockchain-backed means of asserting ownership over an original digital artwork.

Representation of «Quantum,» the first-ever NFT created by Anil Dash in 2014 (Source: Axios)

When they exhibited their work at the New Museum of Contemporary Art in New York City, they were met with laughter from an audience wary of corporate intrusions into the creative arts. Rightly so, NFTs didn’t gain traction for a few years and the technology was never patented by its creators.

Fast forward to today, and the original dream of fully empowering artists hasn’t yet come true, but it has yielded a lot of commercially exploitable hype. The cryptoart industry today is worth several billion dollars and making headlines for the exorbitant amounts its NFTs are auctioning for.

What’s the appeal, and for who?

NFTs aren’t selling at exorbitant prices because of their scarcity. On the contrary, it’s due to their element of virality. While NFT owners can claim their ownership through the blockchain, the digital artwork can still be replicated and used by many other internet users and collectors. The real value of the NFTs lies in the bragging rights for a collector who wishes to be associated with a digital art piece. The more copies of a digital art piece, the more viral it becomes, and the higher the price to own said piece of digital art.

People who become digital art collectors are often owners of very big cryptocurrency portfolios who see NFTs as an added instrument to diversify their crypto-asset ownership. This is the case of Vignesh Sundaresan, bitcoin billionaire and buyer of the $69 million digital piece entitled «EVERYDAYS: THE FIRST 5000 DAYS» from artist Beeple, sold by Christie’s. 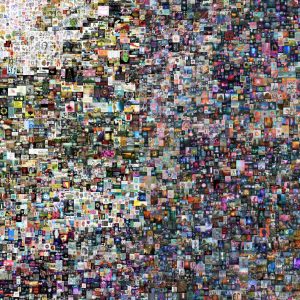 NFTs haven’t only interested art collectors, though. It’s finding traction in commercial and marketing contexts, too. A prime example of this are the NBA’s Top Shot NFTs being used to strengthen and innovate its sports memorabilia revenue stream. The NBA auctions off its most historic playtime highlights in the form of short video clips that any fan can purchase at auctions and later exchange.

Another prolific commercial example where NFTs are successfully being used is in gaming. Gamers are already accustomed with virtual worlds, in-game purchases, and peer-to-peer trading of virtual assets. By using NFTs, gaming companies can entice their audiences and close the gap between virtual and real life, making the gaming experience more tangible. Ultimately, gaming companies are able to increase their user loyalty while also creating new gaming economies as players are able to make money off of their game trades. The most popular NFT-backed games at the moment are Axie Infinity, a fictional monster character game where players own their characters, and Sorare, a fantasy football game where players own their game.

What’s in store for NFTs

NFTs might not have delivered on their original promise of remunerating and recognizing artists for their digital artworks, but they have witnessed traction in many commercial contexts. One thing is for sure: NFTs are here to stay, as we continue to witness the unfolding of innovative new digital products. We can’t wait to see what interesting new projects will be launched by disruptive, industry-leading companies in the months and years to come. 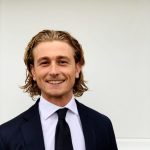 Luca Fiume, born and raised between Northern Italy and Southern France, has a background in web development and project management and is currently studying the Master in Business Analytics & Big Data at HST. When he’s not working on improving his machine-learning models, he’s probably organizing his next surfing trip. Get in touch with him on LinkedIn.