How a creative entrepreneur overcame failure by talking about it

Learn how one IE alum overcame failure… by telling a whole room about it.

Failure is tough. First there’s the heavy-hearted feeling you get when you know things have gone wrong. Then there’s the humiliation of having your peers (and, God forbid, your haters) watch you crash and burn. And then—the icing on the cake—there’s the aftermath: living with your failure. You’ll be asked questions and will have to explain, as if you had planned to fail all along.

And yet, with all of the negative elements it brings, failure also precedes success.

Luciana Trigo is no stranger to failure. The Bolivian-Argentine communications specialist graduated from IE’s Master in Visual & Digital Media in 2014 and stayed with IE University as a marketing manager until 2018. But, Luciana began flirting with entrepreneurship early on—while still completing her master’s degree—and it didn’t go exactly as planned. 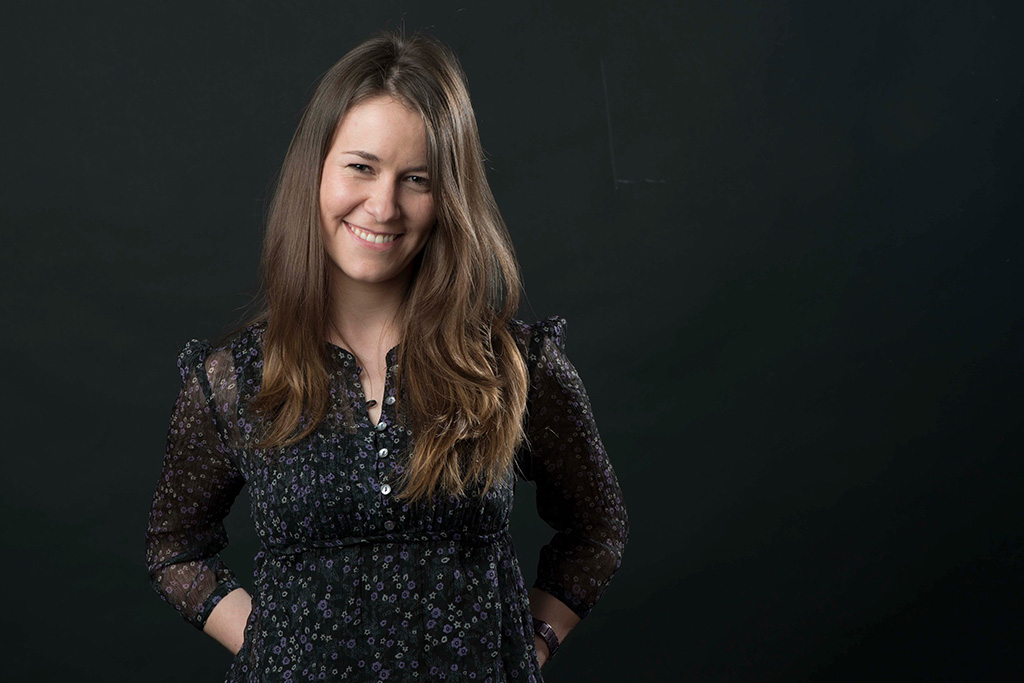 In 2014, she created a platform for pet adoption in Bolivia called Compinche, with marketing content created by professional artists to show the abandoned animals in the best light. She continued to be involved in entrepreneurship at IE even after graduation. Now, almost six years later, she and her friends still go to IE’s Area 31 to listen to Venture Lab pitches for fun. “It became a thing to do every Thursday. We would go to the pitches if we didn’t have other plans, then go out and do a girls night.”

She joined another pet-based venture in 2016. And in 2018, when she founded Spavy, an e-commerce site specializing in beauty tech, she got the first bitter taste of failure.

But when Spavy was just 10 months old, it died. The rollercoaster of entrepreneurial adventure flew off the track when a big-box UK competitor entered the Spanish market and took over Spavy’s partners, removing any chance of success. From one day to the next, it was over.

“Emotionally, it took me three weeks to realize it was done. I was looking back at my old job and asking ‘what have I done?’ As a freelancer, I didn’t even have government unemployment insurance. And all of the responsibility of the company was on me. People were still coming after me asking for money and products,” Luciana recalls.

At some point in entrepreneurial ventures, patience and persistence come into play. Failure is usually a key element to eventual success. A 2018 Harvard study found that the average age of a successful startup founder is 45, contrary to the popular belief that startups are the professional playground for young people only, or that success comes the first time around.

Coming to grips with the mechanisms of failure and unpacking what went wrong can be extremely beneficial for future long-term success.

One Princeton professor went viral when he circulated his “Failure Résumé, listing every unpublished project, fellowship rejection, and missed opportunity that shaped his career. He overcame failure by listing them out, one by one. 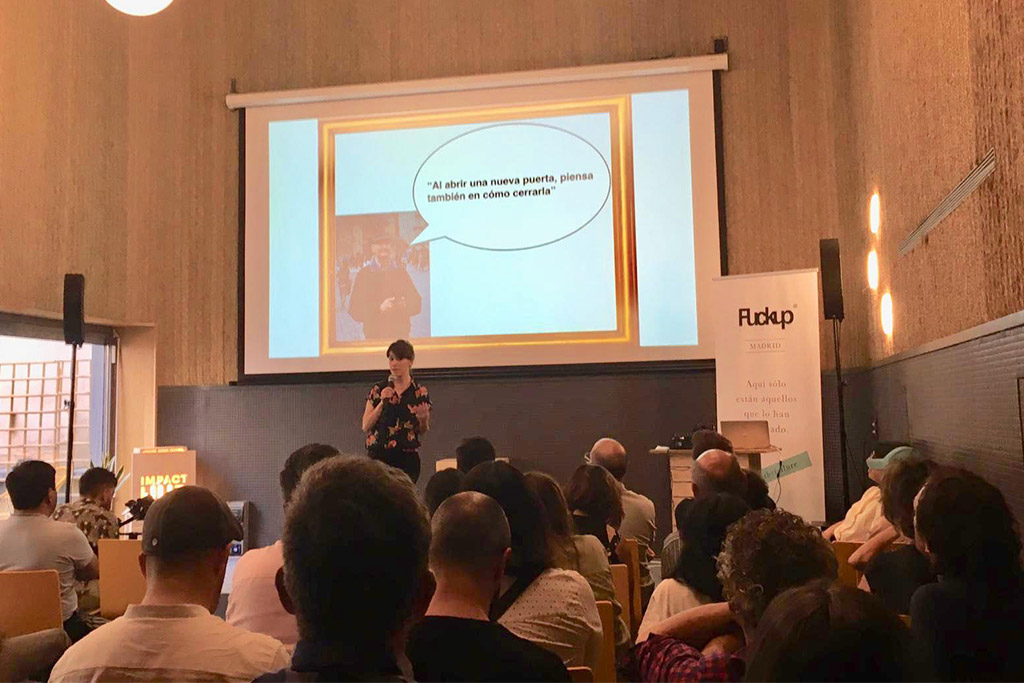 Luciana Trigo brought her story about entrepreneurial failure to F*ckup Nights Madrid, an international speaker series founded in Mexico to buck the trend of hearing business people talk only about success.

“This presentation forced me to write the lessons I learned down,” said Luciana. “I even had a few practice rounds with friends to see if they got it and my jokes were good.”

She told us the audience’s reaction to her story was amazing, and that the experience of exposing her vulnerability was therapeutic and helped her get excited about the future. She overcame failure, and feels ready for her next entrepreneurial project.

“I’m going to start something soon for sure. And I’m probably going to f*ck it up, and I’m aware of that,” she says, beaming from ear to ear.

Nicolas Haddad is a Canadian journalist and producer who came to IE to get his Master in Visual & Digital Media at the School of Human Sciences and Technology. He cares about giving a voice to voiceless communities, promoting sustainable development, and putting people first. In his spare time he enjoys cycling, live music, and Madrid’s many terraces, and he previously served as Editor in Chief of Rewire Mag.