The case for emotional intelligence (EQ) in leadership

Professor Julian Saipe explains why emotional intelligence is so vital in leadership positions—no matter the company or sector.

Traditionally, specialized knowledge and intellect have been among the prime criteria for organizational leadership candidates. However, perspectives on this question are starting to shift. CEOs with little sector expertise but high emotional intelligence are becoming more common with boards. In fact, between 2015 and 2019, the percentage of executives moving between sectors quadrupled.

This is a welcome change. It suggests that technical, industry expertise is no longer the only available template for successful leadership. As a coach, I’m a strong advocate for this broader approach, which places the focus on emotional intelligence, or EQ. In my own practice, I still see that too many newly promoted executives find themselves out of their depth when faced with managing a large team. Put simply, they assume that brain power alone will navigate them towards success—and struggle as a result.

Even in fields where intellectual capacity is paramount, so-called “soft skills” make all the difference in career trajectories. An insightful professor of mathematics recently explained how he is reluctant to take on graduate students with perfect SAT scores. In his experience, these brilliant minds often lack the emotional resilience, confidence, and ability to collaborate that are needed to stay the course of a gruelling five-year PhD program.

Mindfulness as a secret weapon

If a career in academia requires emotional intelligence, it’s certainly unwise to exclude EQ from new ways of thinking about corporate leadership. Doing so means that we neglect key attributes that are essential to motivating and inspiring a diverse range of junior colleagues.

A recent example from my own practice is the CEO of a hospitality group. A former investment banker, my client has an outstanding grasp of functions as diverse as finance, creative design, and branding. But there was a huge drawback to this exceptional competence. Because he was so good at so many tasks and such a quick thinker, he endlessly micro-managed and second-guessed his team. This led to confusion, lack of clarity, and exhaustion for everyone involved, including my client.

In the safe space of the coaching environment, we worked on this overriding and counter-productive impulse to interfere. He realized that his ability to leap to a good solution quickly did not recognize alternative ways of working or honor colleagues who took a more reflective and deliberate approach to tasks.

To break this circuit, we practiced mindfulness together and nurtured what Victor Frankl describes as the “space between stimulus and response.” He kept momentum going between sessions with a journal in which he distinguished between his lightning-quick internal reactions and the more considered responses required from him as a leader. My mentee gradually gained the emotional confidence to lead others, through stepping back and allowing his team to find their own ways forward.

When humility makes room for innovation

When clients have a strong urge to intervene, I often suggest Anne Mulcahy as a potential role model and highly effective leader who looks to her team for the answers. As the former chairperson and CEO of Xerox, Mulcahy led the company through a successful transformation process in the early 2000s and brought Xerox back from the brink of bankruptcy. She says that she was known to many in the company as the “Master of the ‘I Don’t Know’” because she never gave answers to questions she wasn’t informed on.

Emotional intelligence also comes to the rescue when the leader is genuinely inexperienced. In my podcast series Behind The Screen, Gerry Gaetz, the former CEO of Payments Canada recalls how he used his emotional intelligence to succeed when promoted into a leadership role at a very young age. In contrast to my hospitality client, Gerry was faced with a team that was more expert and knowledgeable than himself. He made it clear to his older team members that he was honored to be in a senior position and considered himself lucky to have such expertise to hand.

As a young leader with a beginner’s curiosity, he was able to ask powerful, open-ended questions of his more experienced team.

This approach doesn’t only apply to young leaders. Hal Gregersen, former Executive Director of the MIT Leadership Center, advocates an entire leadership style based on curiosity and enquiry. He argues for “catalytic questions that uncover false assumptions” as a core function of any effective leader and warns that senior executives are inherently shielded from the information they need to make effective decisions. 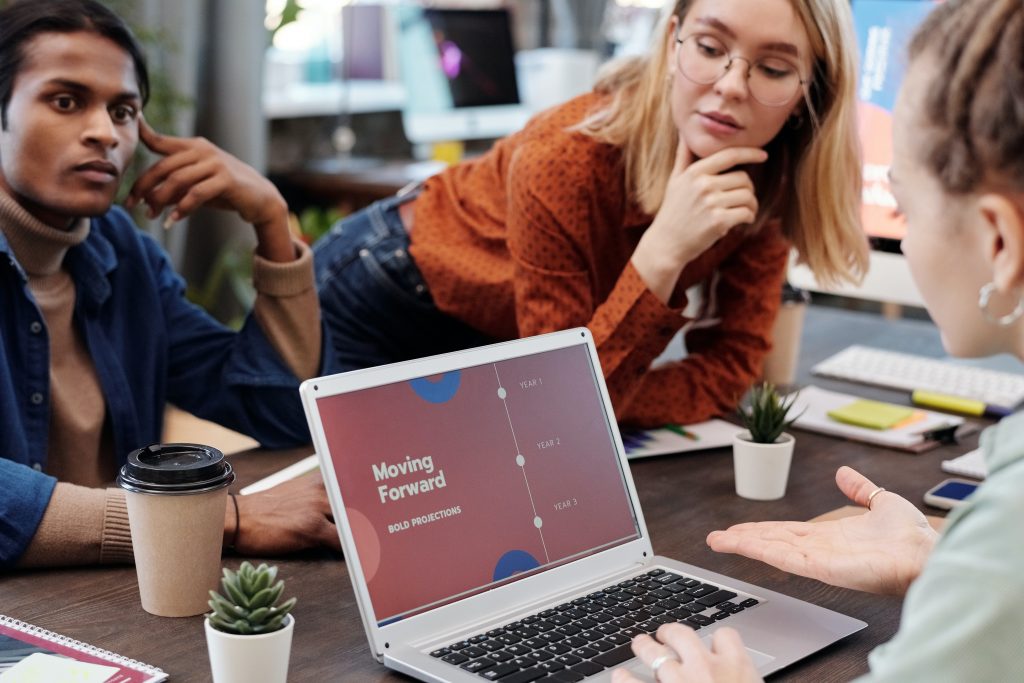 Reimagining the workplace with emotional intelligence

How far can we take this strategy?

Frederic Laloux takes the capacity to harvest the collective wisdom of colleagues one stage further in his vision of the non-hierarchical organization. In this radical reimagining of organizational structures, the leader operates like an orchestra conductor who co-creates music with talented players. The genius lies with the system, not in the head of the leader.

This metaphor resonates strongly for me, as I started my career as an opera singer. It also recasts leadership as a form of coaching. At heart, the key skills of the two functions are remarkably similar. Both coaches and leaders need the capacity to listen to what’s really going on. They must ask open questions that create new possibilities while mining for conflict, in order to dissipate resistance.

If leaders can create a psychological safe space and acknowledge their own vulnerabilities, they promote a working environment where challenge, accountability, and action all become integral to the team. This shift based in emotional intelligence would be a great step forward for organizations, leaders, and team members alike. 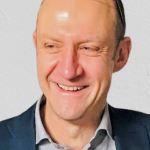 A former entrepreneur and business leader, Julian Saipe’s work now includes leadership coaching and executive education, with the aim of bringing new consciousness to human performance. Julian coaches CEOs and executive teams, runs leadership development workshops internationally, and is the co-founder of the UK & Canada Emerging Leaders Programme. He is a Forbes Contributor & Member of the Coaches Council, and is a speaker for Vistage International, a peer mentoring and coaching organisation for CEOs. Julian sits on the advisory board for a range of technology businesses and is a trustee for three charities in the fields of education, international and social development.