On June 18, 2020, the IE USA Club and TechIE hosted the first-ever IE Black Summit. The summit was designed to educate the IE community about the history of African-American civil rights and the continuous plight in the struggle for liberty and justice. With a global audience in attendance, there was a specific need to bring awareness and create a space where they could LISTEN first, REFLECT on the information being shared, and THEN ask questions for clarity.

The demand for justice

What led to this inaugural event is a true story. On May 25, 2020, George Floyd was murdered by Derek Chauvin of the Minneapolis Police Department. Following his death protesters took to the streets across the USA and the world to demand justice. The IE Black Summit was celebrated at a moment when the death of George Floyd reignited the racial justice debate on a global scale. 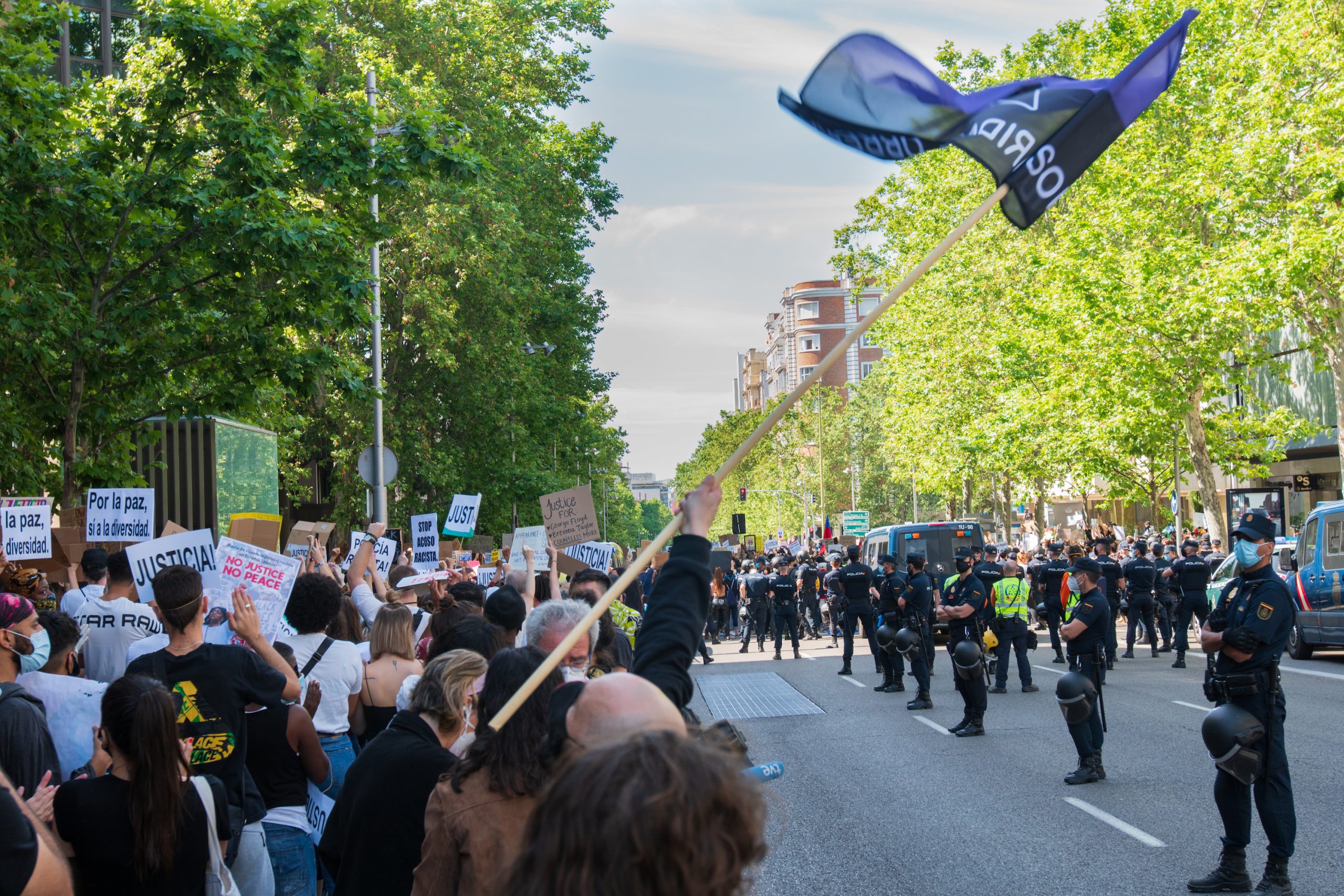 The structure of the Black Summit carefully showcased personal insights into the Black American perspective to guide learning and understanding. The success of the event lied in the chosen panelists. This unique mix of panelists was chosen due to their identification with injustices and the ability to address the current and future progression of the #BlackLivesMatter movement. Although this was an event curated by Black American students at IE, there was an imperative need to widen the participation by inviting people from outside the IE community to add insights to the conversation.

In proper narrative progression, the framework was set by an introduction to being Black in America. The narrators for the evening, Tyesha Tucker (IMBA Sept 2019) and Leslie White (IMBA Sept 2019), set the tone with a presentation of mixed media along with facts that presented the events leading up to this moment. Their task throughout this summit required them to set an emotional tone to drive the panelists to reveal their stories.

Growing up in major cities in the United States comes with a unique set of complexities. Sydney Thomas (Berlin, Germany) and Jermaine Middleton (IMBA Jan ‘20) shared stories of navigating micro-aggressions while growing up in Virginia, and on the dual gaze of growing up a Black man in the South with a dad as a cop. There was also a perspective on being Black and abroad, and the impact (emotional, social, and mental) it has had during this time. The panel wrapped up with personal insights from a different set of panelists discussing the African Diaspora. It was a good addition to see their perspective of growing up as either African or Caribbean-American and the distinct aspect of unity no matter the heritage narrative.

Diving deeper into allyship, legislation, and the frontlines

The discussion about the role of being an ally is arguably the most pertinent section of this summit, since it drew in a global audience—many of whom have the ability and responsibility to be active in this space. The first step is awareness of the realities of oppression that Black Americans face on a regular basis. This awareness leads you on a journey of looking within to get over your privilege and put it to work to progress the narrative for diversity and inclusion in all areas of society. 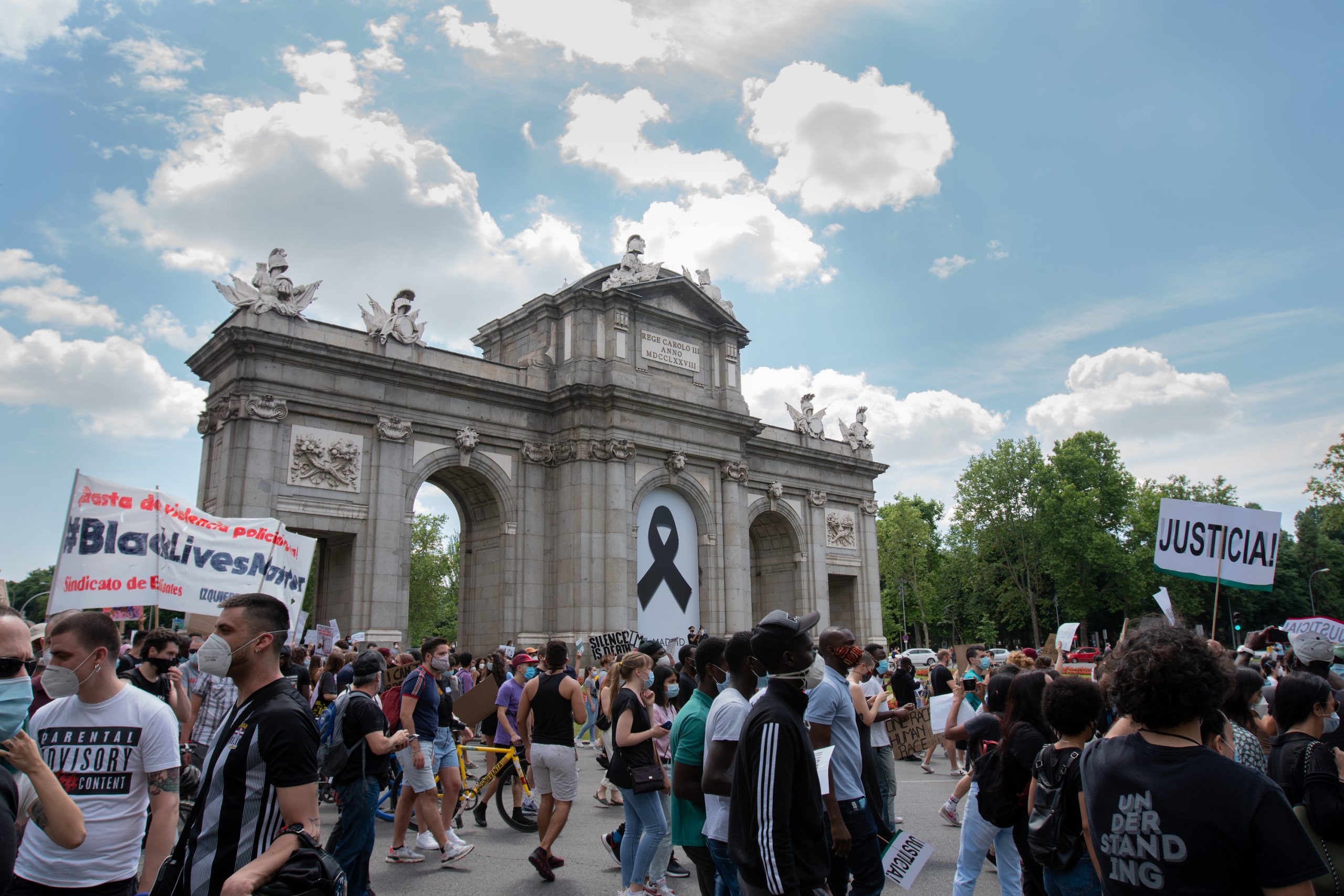 The panel then turned to discuss the history of legislative and judicial discrimination in America. From the broken promises of Reconstruction to redlining after the Civil Rights Act of 1964, racism is hardly limited to prejudice and hate. Centuries of oppressive legislation has continued to create outcome gaps between white and Black Americans, all of which are related to police violence. Housing policy in the US, beginning in the early 20th century, excluded access to affordable mortgages and hence a path towards the American middle class. Education funding tied to property taxes perpetuate inadequate schooling and leads to higher crime rates and limited job opportunities. The criminal justice system and the broken windows theory of policing has destroyed the Black family and continues the vicious cycle of poverty.

It’s no surprise, then, that the global pandemic is not color blind. Quarantine and business closures have disproportionately affected Black workers, who across the spectrum are at a higher risk than their white counterparts due to unequal health outcomes, including higher rates of diseases like diabetes and asthma.

Lastly, and most importantly, the panel concluded with the takeaway that police violence does not occur in a vacuum. The legislative solution to the cries for police justice is interrelated to most aspects of Black life. It will require electoral victories, a suite of policy proposals, and most importantly, a different way to talk about race.

Footage from the frontlines in Minneapolis brought the audience up, close, and personal with the boots-on-the-ground efforts made by leaders mobilizing within their communities. It’s important to bring authenticity to the recent protests, riots, and potential race war from people who are taking actions towards change. Visual media from scenes in LA and Chicago gave a taste of how people are making their voices heard in a physical manifestation.

While there was open dialogue between panelists regarding their personal experiences, the Black Summit also addressed corporate initiatives and how companies should be held accountable in order to proactively progress the movement towards racial equality. This includes, but is not limited to: statements of encouragement and solidarity; donating to various initiatives; fostering an environment of emotional and mental support for employees of color; and being a proactive voice in the awareness and education of racial disparities and systemic racism. There are a number of companies whose efforts were acknowledged, with so many more that are now searching for ways to make an impact. 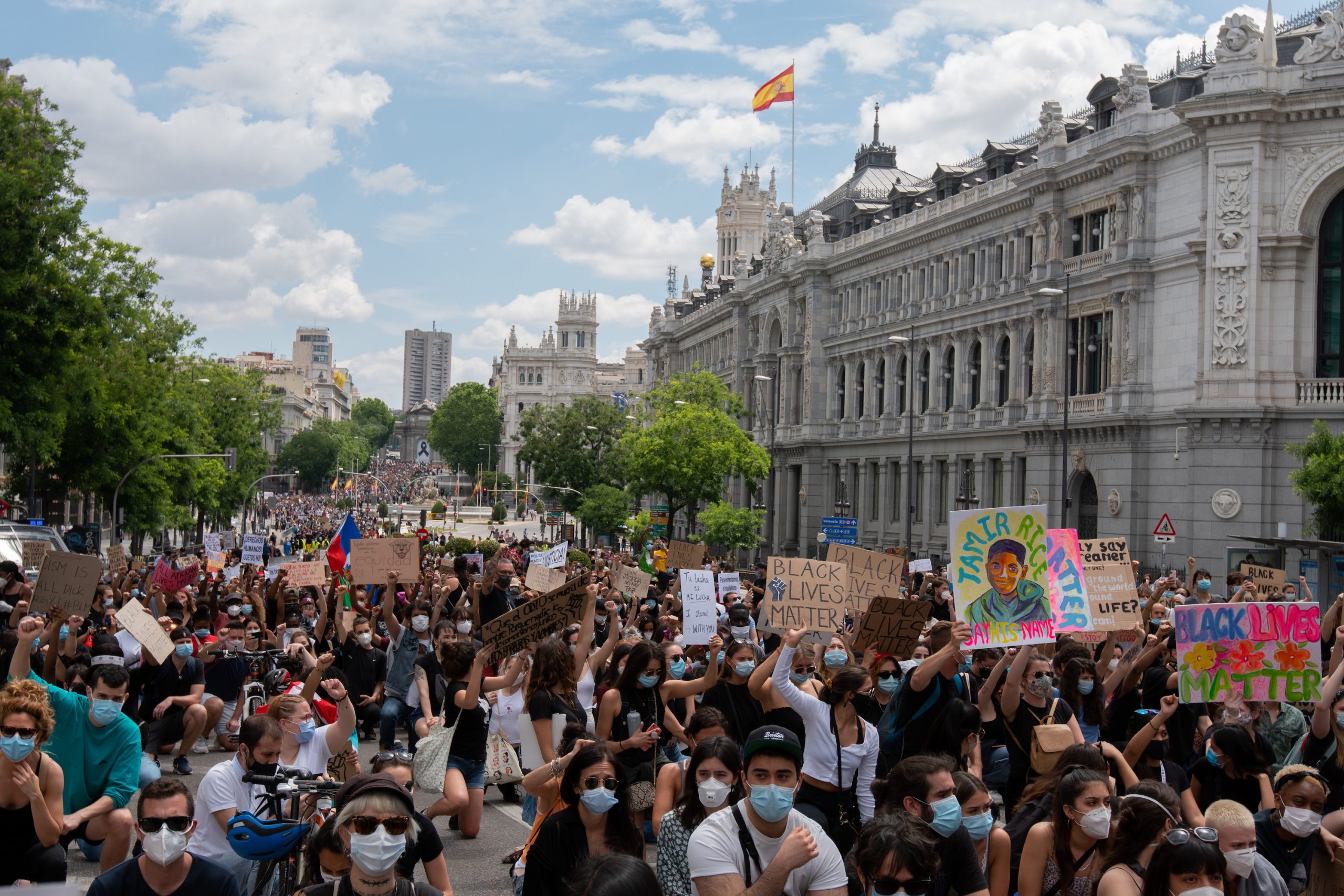 A platform has now been created within the IE community that allows for a multidisciplinary group of individuals to express the elements that make up the Black experience in America. At the end of the day, the ultimate goal is to move towards a world that is diverse, equal, and welcome to all. 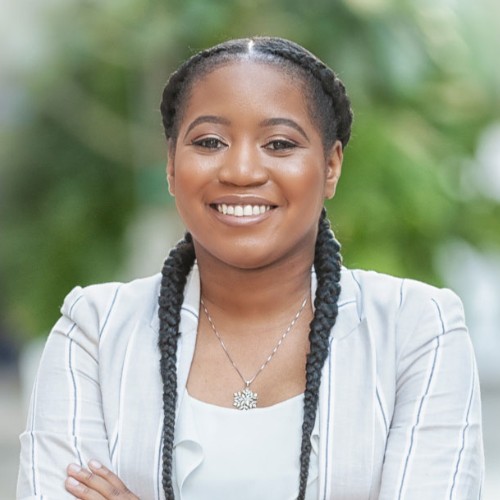 Born and raised in Miami, Camille Eloi is a student in the IMBA and the Master in Business Analytics & Big Data. She is an activist and was a featured speaker at the summit. Get in touch with her on LinkedIn or Twitter. 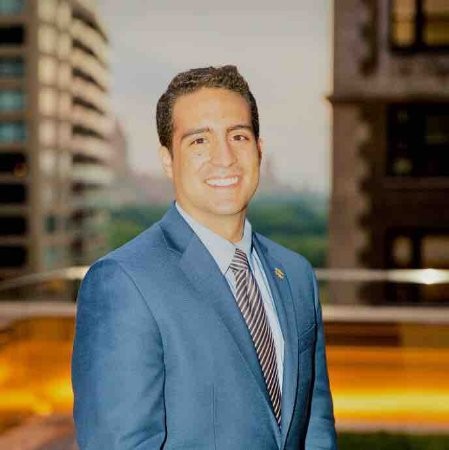 Miguel Tavera is from Washington, DC and works in consulting and public policy. He leads talks on racial policy in the 20th and 21st centuries. Get in touch with him here. 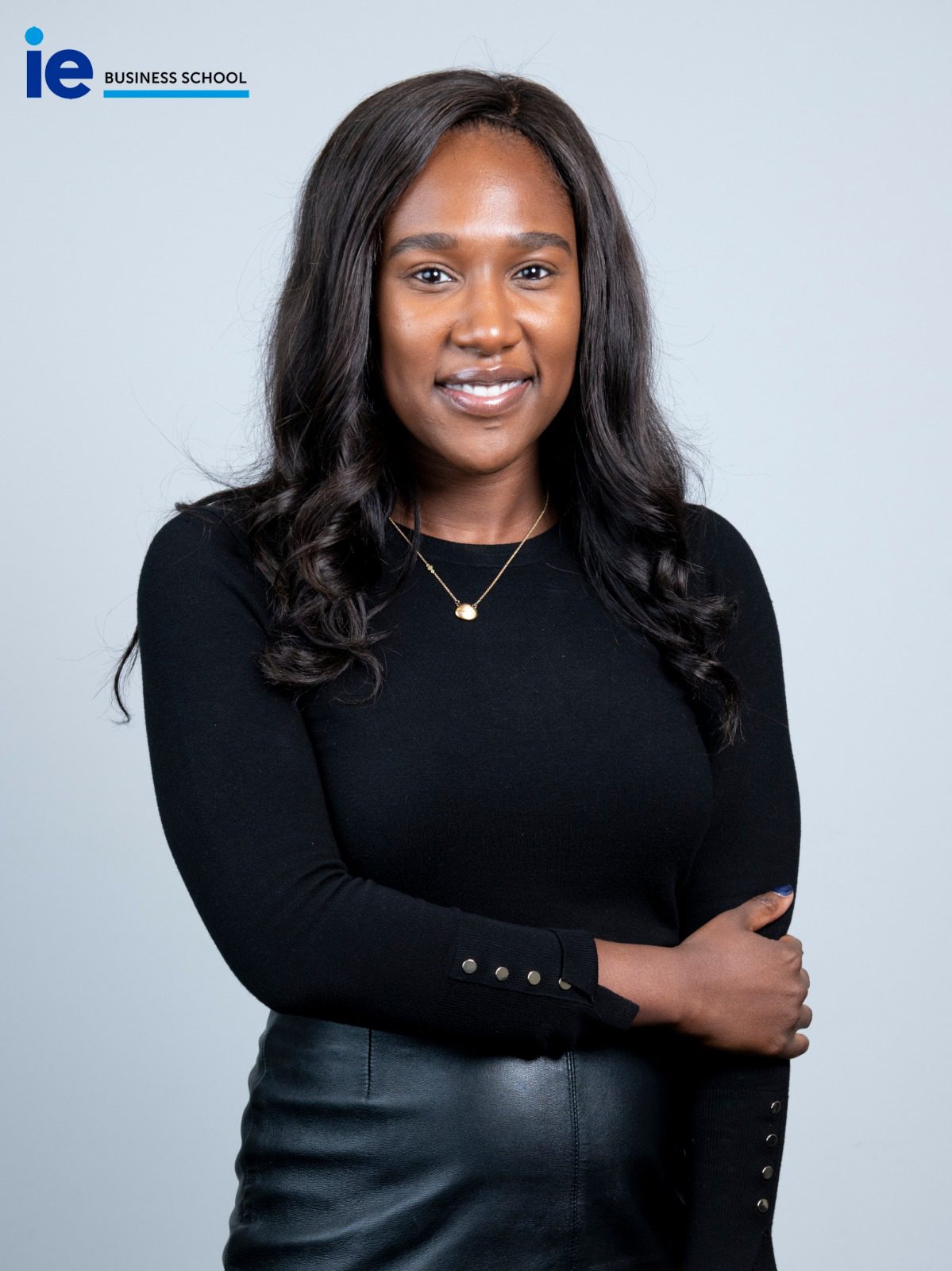 With a background in commercial real estate and sales, Chicago-born Leslie White’s goal is to build a family business and create generational wealth. Her hobbies include playing sports, going for brunch or the movies, and traveling across Europe. She is the co-founder of BEKA Beauty and is currently a student in the IMBA. You can get in touch with her on LinkedIn or Instagram. 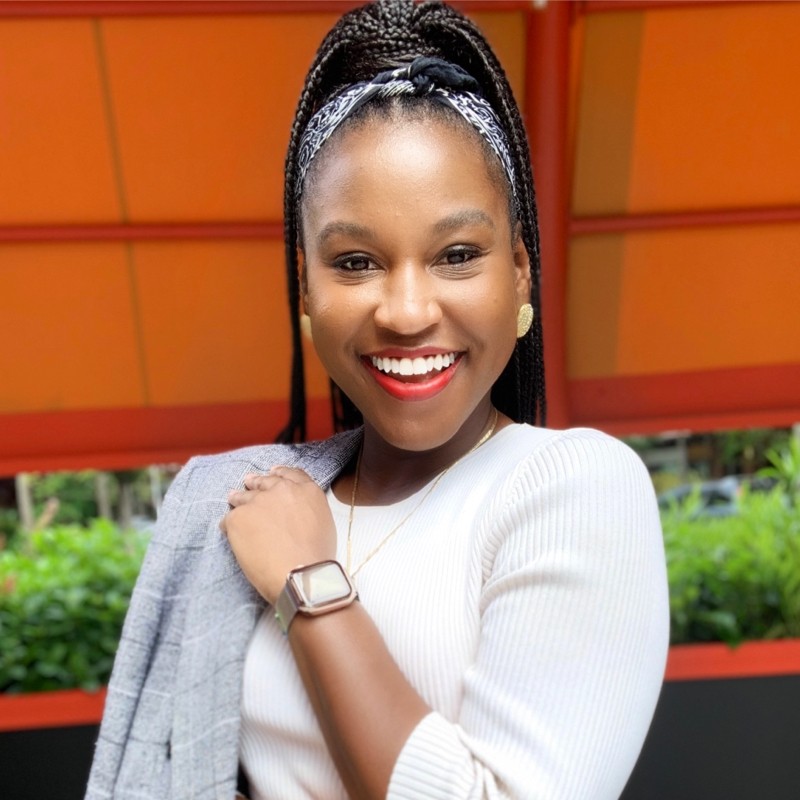 Born in Chicago but based in Atlanta, Ty Nicole Tucker is currently an IMBA student at IE Business School. She is also a co-founder at BEKA Beauty. She is a Co-Lead for TechIE, President of the IE Blockchain Club, an IE Section Class Representative, and is involved in the Women in Tech Mentorship Program. Her hobbies include listening to music, cooking, traveling, and sharing laughs with family and friends. Connect with her on LinkedIn or Instagram.