How a guerrilla marketing campaign brought Lavapiés’ diversity to life

By stepping away from his laptop and taking part in a guerrilla marketing campaign, Rewire’s erstwhile Editor-in-Chief discovers the joy of rolling up his sleeves and bringing a touch more color to the Lavapiés neighborhood.

I take a break from putting the final touches to my capstone project for HST’s Master in Visual & Digital Media to look at my hands. They’re bruised and scarred, sporting three nasty calluses that are doing their best to form scabs in the clammy summer heat. Looking at them makes me swell up with pride.

Since October, my final project has been developing a creative communications campaign for Culturas Unidas. This NGO supports immigrant families and promotes multiculturalism in Lavapiés, a neighborhood that many immigrants in Madrid call home. As soon as my classmates and I got to know our client, we decided that we wanted to take a guerrilla marketing approach. A few months later, we were literally swinging pickaxes to break concrete on the sidewalks of Madrid. 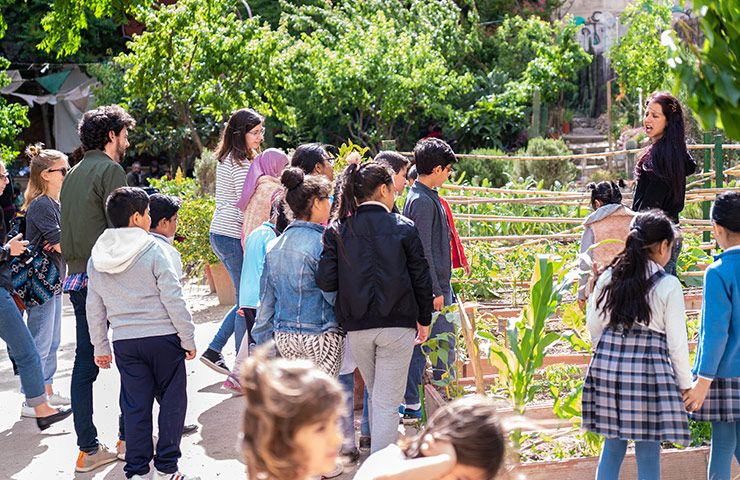 According to the Corporate Financing Institute, successful guerrilla marketing campaigns are clever, compelling, memorable, and interactive. They center around leveraging a small number of resources and creating opportunities to go viral, which made perfect sense for this client. Before long, we’d bootstrapped something from nothing using community networks, creativity, and pure humanpower.

We came up with a botanical guerrilla marketing campaign called Lavapiés Florece.

Our insight: people are like flowers, and gardens are more beautiful with diverse plants that complement each other. 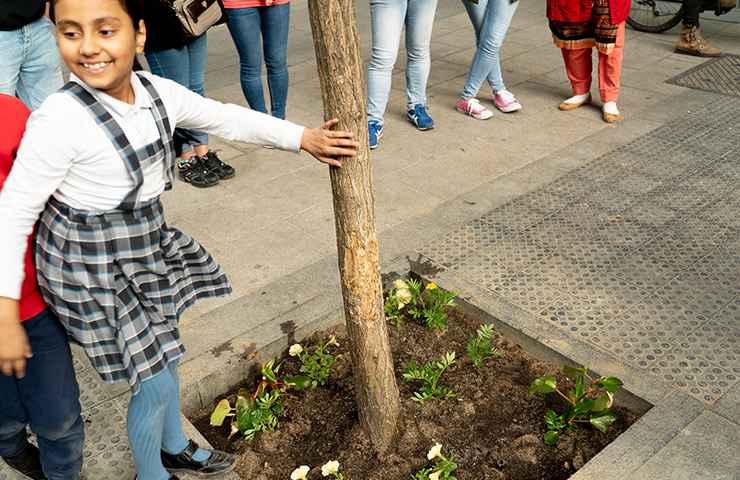 The plan was to plant flowers in the neighborhood’s public spaces, letting the colorful diversity speak for itself. We needed a brand, so we created a visual identity for our campaign in the Modern Memphis Style (a bright, colorful style with roots in 1980s design) and started rolling it out on a dedicated website, in videos, social media, and the signs we attached to our guerrilla garden installations.

We partnered with Germinando, a feminist planting cooperative, and Esta es una Plaza, Lavapiés’ urban gardening experts, to donate resources and give workshops on gardening and carpentry to the kids from Culturas Unidas. After asking the Ayuntamiento de Madrid to donate flowers grown at their greenhouses in Retiro Park, we headed out with the kids and teens from the NGO to set up tiny fenced gardens in public tree beds across Lavapiés. 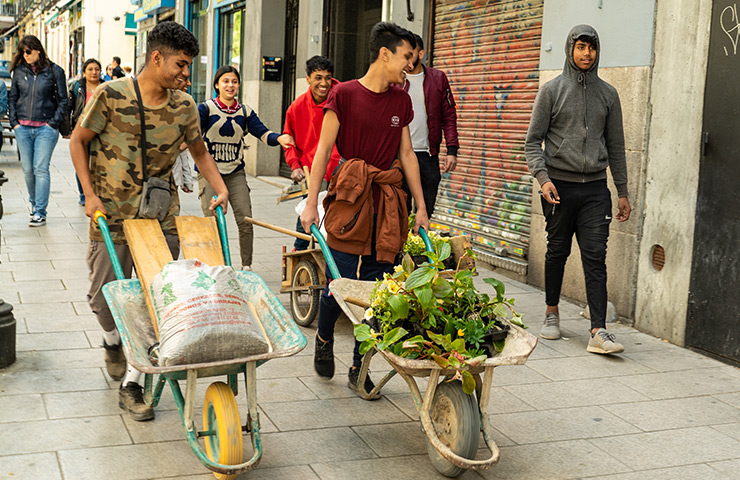 Our installations quickly drew attention. People found us online and watched our videos tens of thousands of times. Local news even picked up our story, talking about it on the radio, TV, and online.

All this was made possible thanks to flowers blooming in the springtime, and a marketing campaign that was natural, sustainable, and organic. 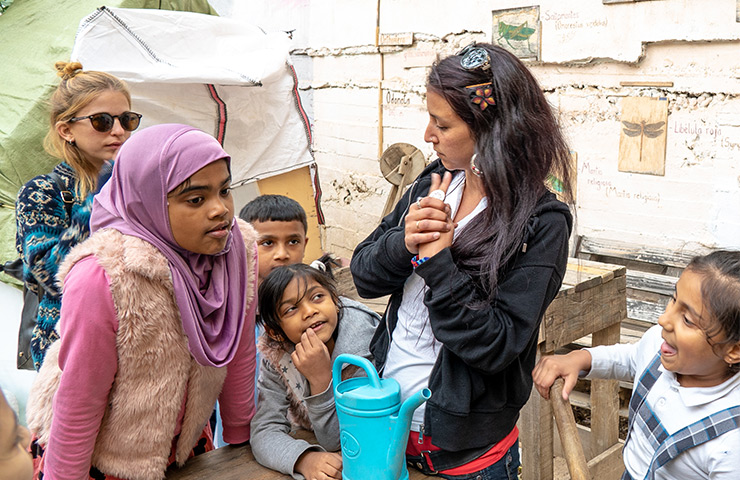 Looking back, I needed this. As an international student you sometimes feel a bit disconnected, and today’s world is so digital we can forget that we live in a real one too. It’s almost silly to have to remind ourselves that.

Working with people to build things together is one of the greatest feelings. We do it digitally all the time—technology is founded on connections and networks. But being physically there on this project meant the world to me, and helped me create a better impact. From shoveling dirt to aggregating video counts, there’s nothing quite like being on the front line of a project that makes people smile.