Through first-hand accounts from organizers and speakers, discover the passion and hard work that went into the first student-led TEDx event.

This year’s edition—the fourth one hosted by IE—was entitled “[Rec]volution.” The reason? “Technology is part of the evolution of the human species. Everything is recorded in our life,” says Vincent Hug de Merlo, a 20-year-old Spanish-Swiss-Canadian undergraduate business student at IE University who served as video production manager for TEDxIEMadrid. 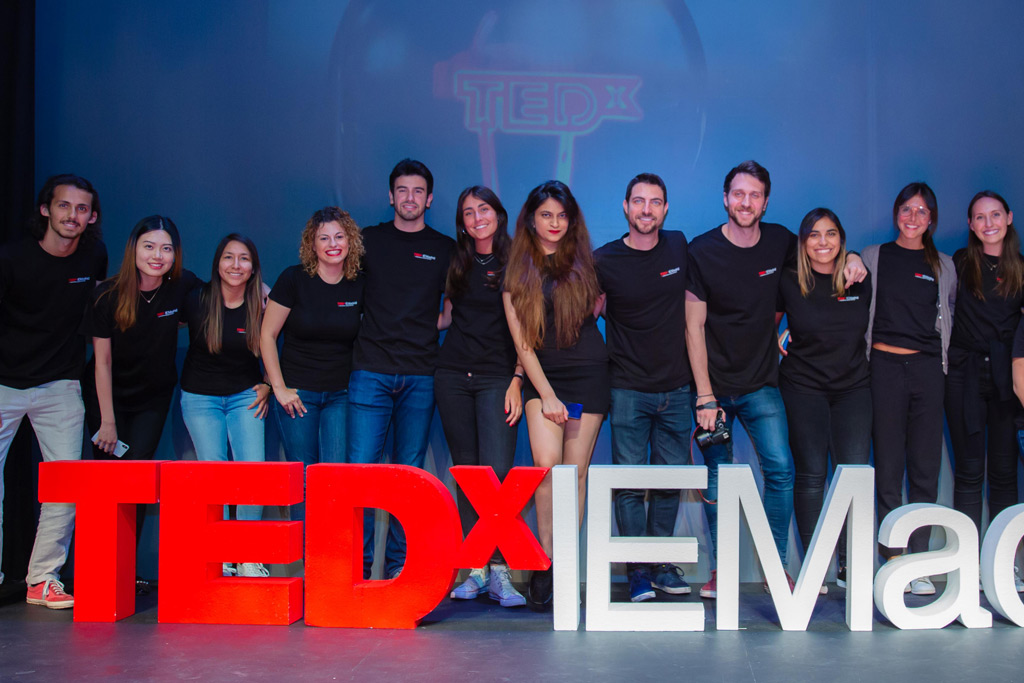 Don’t let his age fool you—Vincent transferred to IE University from Southern California where he studied film and business, gigging as an assistant director and a PA on series pilots. This year’s speaker series was student-led, as opposed to past years when the heads of departments were aided by students. These new responsibilities kept the student organizers on their toes. Vincent Hug de Merlo and the rest of the organizing committee had been meeting weekly at 7pm on Thursdays since January.

“I expected that, due to my age or apparent lack of experience, people wouldn’t listen to me. But to my surprise, people were coming to me for decisions and answers. I had access and could directly fix problems,” said the video production manager.

Vincent brought something new to the project this year: a series of behind-the-scenes speaker interviews.

“It was our little twist. A problem in other years of TEDx events was that there wasn’t a lot of legacy—of proof that it had happened. At the end of the day, this is a great marketing opportunity that shows what the school and its students are made of,”  he said.

Sarah Benali is an International MBA and Master in Visual & Digital Media Dual Degree student who filmed the behind-the-scenes interviews.

“Even as a volunteer I had the opportunity to chat one-on-one with all the speakers and it was nice to have such close access to them,” she said.

Daniela Cadena is a growth designer and a graduate student in International Relations at IE. She was nominated to speak at TEDxIEMadrid and gave a rousing talk on evolving human identity and networks in the context of the fourth industrial revolution. Her speech connected themes as broad as Facebook algorithms, multi-level governance, the Krebs Cycle of Creativity, and smart cities, finishing to hoots and hollers and a standing ovation. 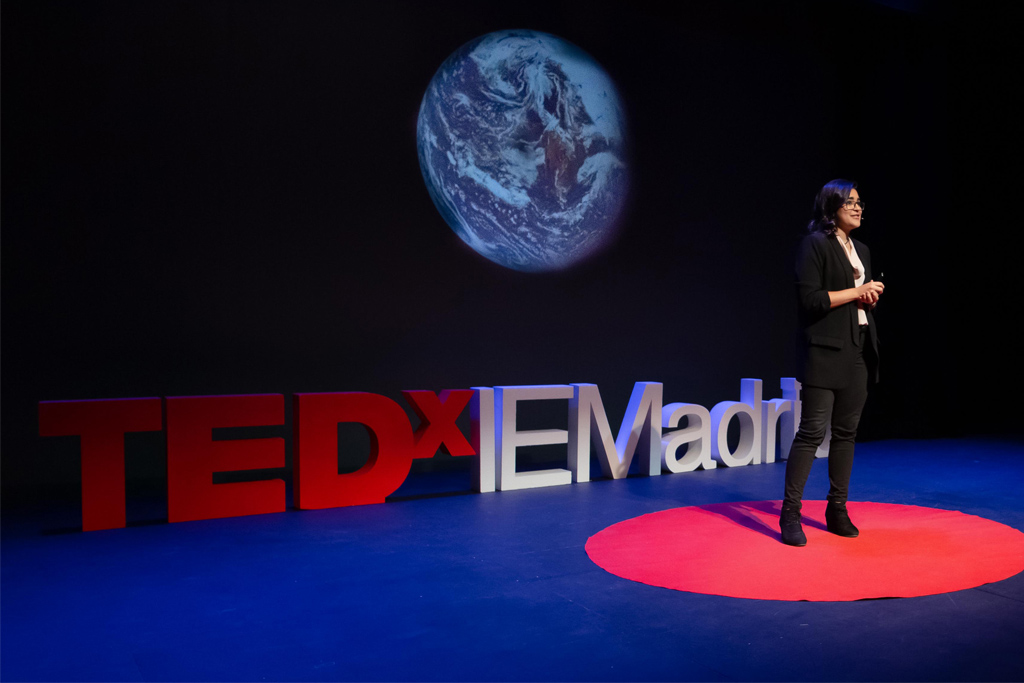 The Colombian—who now calls Miami home—spent the last three years working as a manager for the Entrepreneurship and Innovation Center at Florida International University, the fourth-largest university in the US by enrollment. There, her work focused on social business and shared value, and she worked through complex problems relating to all facets of development, such as health, education, financial inclusivity, the environment, water, and the role of government, to name a few.

Daniela says ideating and writing her speech was the thing she’d worked the hardest on in years.

“I really respect the TED stage, so my goal was to bring value for those 12 minutes.”

Her research looked at Giotto and the renaissance masters, as well as indigenous communities and rites of passage. She considered how automation technology is changing human behavior, how design thinking was developed to respond to human needs, and how creativity is a unique human ability.

“I think I wrote about six 3000-word scripts, then I scrapped everything. My ‘so what?’ wasn’t clear. TEDx events have to leave the audience with something to take away.”

She was constantly pivoting. “I had a month to prepare. And while all this is happening I’m in my finals and working on my thesis.”

Then she had a eureka moment

“I had an epiphany in the shower and ran out and started recording myself. What I realized is that every major technological revolution has brought about a major change in society.”

Daniela’s speech ended with a call to action for young people to participate in the evolving conversations that shape our societies. After the event, people reached out to her to find out how to get involved. Encouraged by the interest, she planned her next step: “I decided to start a website so we can publish pieces on these topics, and include kits that people can download.”