Musicians vs. the modern music industry: the good, the bad, and the ugly

The music industry has not been immune to the flood of digitalization, and that’s largely a good thing. But the tech wave has also created huge obstacles for musicians—especially up-and-coming ones. What are artists doing to fight for their rights?

It’s glamorous, the music industry. World tours, the radio, flashing lights, flashy clothes… Our lives are decorated by the songs we love, and we have a special way of collectively viewing the stars behind them through a lens of corporate worship. Musicians are, and always have been, idolized by the masses to the point of hysteria. We like throwing money at things that make us feel happy. Or cool.

Think of the pinnacles of music superstardom prior to the advent of digitalization: Michael Jackson’s Thriller music video, Madonna performing Like a Virgin in a wedding dress at the VMAs, or the entirety of the glam-rock scene fronted by icons Queen and David Bowie. If I ask you to name a famous silhouette, MJ’s will moonwalk right into your head. And in a big way, this silhouette is symbolic of the distinction that the music industry stars of yesterday hold over those of today: a shroud of mystery.

Social media has virtually rendered celebrity mystery a thing of the past. Paparazzi pictures were once generally held as little more than tabloid litter; now, celebrities repost those photos to their personal Instagram accounts to keep fans in the know. Pop star Ariana Grande is the second-most followed person in the world on Instagram, with a mind-boggling 167 million followers.

Read: If her fanbase was turned into a country, it would be the 8th most populated in the world (source: World Bank).

Grande achieved her very first Billboard Hot 100 #1 Single just last year, with the beguiling thank u, next, a song that name-dropped four of her famous ex-lovers before revealing a new one: the love she found with herself. It was the song that served as the catalyst for her takeover of pop culture—it was streamed, memed, and its lyrics were quoted and shared as though it were advice from a big sister or a dear friend. Did Beatles’ fans feel like friends in the way that many fans of today’s musicians do? Can the musicians of today use this social-media-created friendship illusion to garner success?

Technology has made the world a tiny place. Platforms like YouTube, Instagram, and Twitter give everyone not only the opportunity to share a voice, but the hope that the world may listen. Artists can build their brands on their own accord, use social media to market their music, and find success without major label support.

Take singers Shawn Mendes and Halsey, who, like Grande, each scored Billboard Hot 100 #1 Singles this year. But unlike Grande, they were discovered solely through social media (Mendes through now-extinct short-form video app Vine, and Halsey through YouTube). Early supporters of these artists watched them grow, develop, and go from the unknown to superstardom; and it’s this feeling of accessibility that’s begun to alter the music industry’s relationship with consumers. While both Mendes and Halsey are now signed artists, it is a curious thing to wonder if record labels will one day lose power as the Internet gains it. As artists and fans gain it. 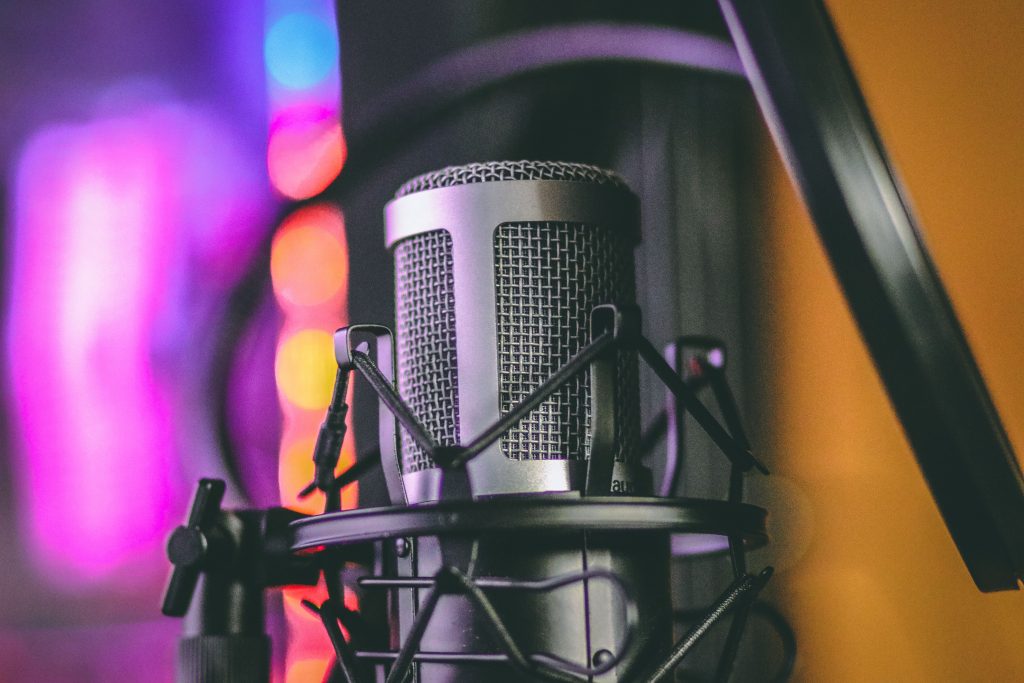 Who holds the power?

Like most industries, the music industry was unequivocally disrupted by the tech boom of the twenty-first century. In 2003, Steve Jobs launched the iTunes Music Store, and we suddenly had access to a world’s catalog of music in our pockets. Little by little, the physical purchasing of music started to become more and more obsolete.

Fast-forward to today: the purchasing of music at all has become virtually obsolete. YouTube has over 1.5 billion users a month, and Spotify’s numbers sit at over 170 million, according to Forbes. And according to The Verge, streaming now makes up 80% of the music industry’s revenue.

Streaming, while generally loved by consumers, was not taken too well by a number of those in the industry, one of the most prominent critics being American country-pop star Taylor Swift, who decided to pull her catalogue off all streaming platforms in 2014.

“Music is art, and art is important and rare,” she wrote in an op-ed for the Wall Street Journal. “Important, rare things are valuable. Valuable things should be paid for.”

Swift couldn’t stick to her guns on this battle, though. Today, her music is available across streaming platforms. The advent of the digital era has reshaped the music market—for better and for worse—and artists are navigating through a digital world with no historical blueprint to follow. 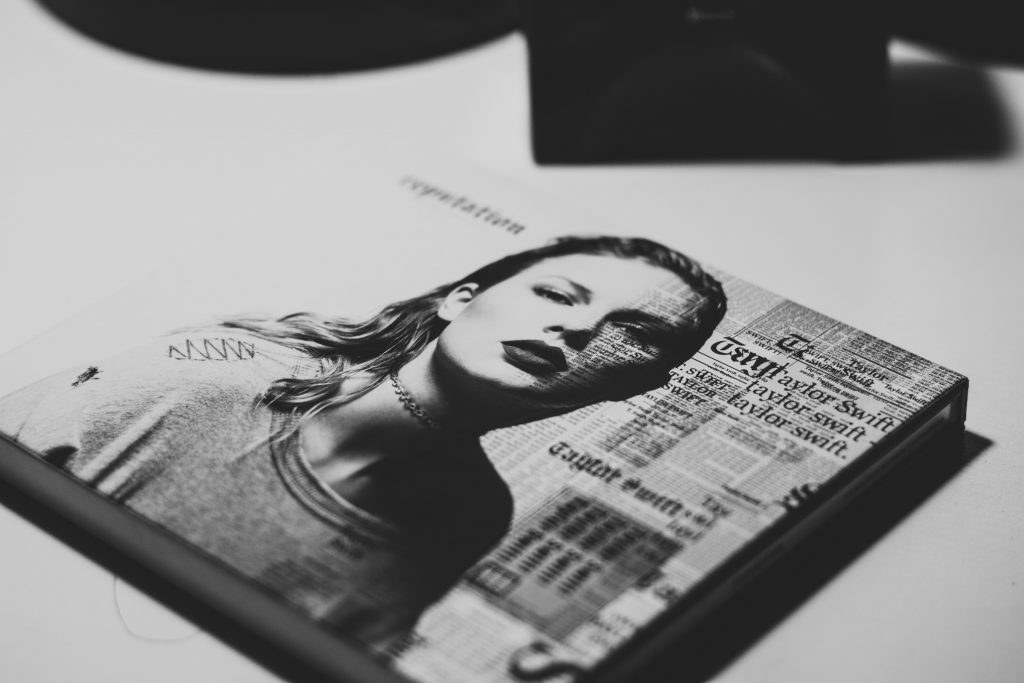 But Swift continues to fight music industry battles, the latest being a dispute over the ownership of the master recordings of her music. Scooter Braun, manager of Ariana Grande and Justin Bieber, is now the owner of Swift’s first six albums, which she calls her “worst-case scenario” due to his “incessant, manipulative bullying.” She also attests to discovering the deal at the same time the public did, through Twitter.

On November 14th, Swift decided to use Twitter to her advantage. She revealed to the public that Braun was preventing her from performing her hits at the 2019 American Music Awards, claiming that the performance would be an illegal re-recording of her music. The tweet paid off; 280k+ retweets and 915k+ likes of support later (including from the likes of presidential hopeful Elizabeth Warren and Congresswoman Alexandria Ocasio-Cortez), Braun granted her permission to sing the songs she wrote.

Swift understood something unique to the era of social media: the direct line of communication that artists now have with the public can be used to their advantage. She leveraged her voice to rally her following, and waited for public pressure to solve her problem. It worked. 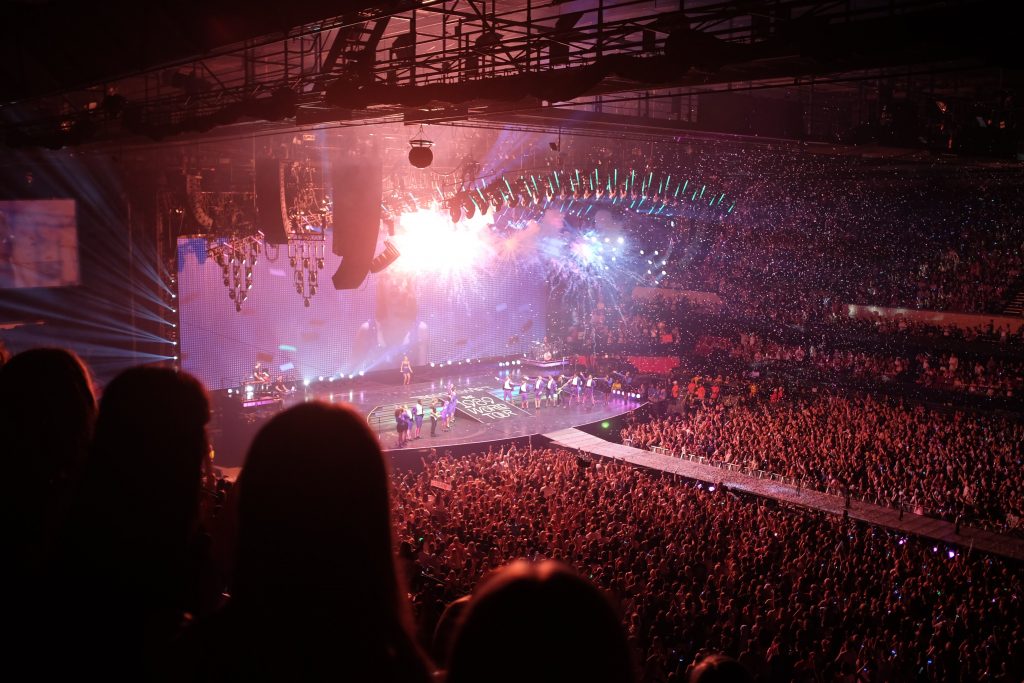 But the questions are still many. If one of the most powerful women in the music industry has been denied the opportunity to own her own work, what does this mean for smaller artists? For upcoming artists?

What shape will the music industry take 10 years from now? And will social media and the opportunity of a powerful online voice slowly remove power from record labels and industry executives?

Time will tell, and while the list of pros and cons of the music industry’s digitalization can span miles, it is quite a positive thing that artists have avenues to raise their voices.