The past, present, & future of parenthood in business

Today we explore the perception of biological mothers and cultural fathers—and what to expect from the future of parenthood in business.

You’re an 8-year-old girl. The kindergarten teacher discourages you from playing with trucks by swaying you towards dolls instead.

You’re a 15-year-old girl. Your aunt asks you how many children you want to have but asks your brother what he wants to be when he grows up.

You’re a 33-year-old woman. Some of your friends pity you for having no children; they tell you how they’ve rediscovered love—and themselves.

All of the above nudges, especially if you’re a woman, aren’t unusual. You’ve probably heard, or been told, or experienced, motherly instincts before. But if you’re a man, you’ve probably been told less about your fatherly instincts, and more about your protective instincts. Unfortunately, the perceptions we have in the West that women are more naturally and biologically inclined to motherhood in comparison to men is harming us as a society in ways we cannot see. Especially in the workplace.

In the 19th century, gender and sexuality became quasi-moral objects of study in Western science. The state used the understanding of gender to control citizens and a “normative” sexual conduct was constructed. The “norm” was based on the ideal bourgeois, nuclear family. It was reproduction-oriented, heteronormative, and patriarchal. In short, sexual acts and gender identities that led to the procreation of humanity were favoured.

The way we’ve come to understand and control sex is through gendered identities. These identities come with very specific degrees of agency––very specific do’s and don’ts—all accounted for in biology as the “natural” state of affairs. Those who transgress are often condemned by the dominant social gaze for being “unnatural.”

For example, both a working mother and a stay-at-home father are likely to be judged socially. But the working mother will probably be judged more harshly against her biology, than the stay-at-home father who will be judged against his culture. When a woman cuts back hours of employment to be with her children, it’s normal. But when a father does, it’s unnecessary. And weird. ‘Where’s the mother?’ ‘Why doesn’t she do it?’ 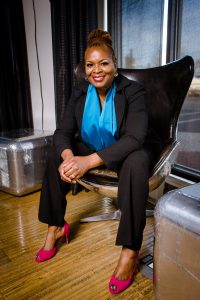 A “proper” woman in the West’s eyes is one who has a desire to procreate and an inherent motherly nature. When she conceives a child, she is “engaging in the most worthwhile pursuit a woman can achieve.” If she cannot conceive children, we perceive her as a tragic figure. If she doesn’t want to conceive children, we call her selfish. “She’ll regret it,” we think.

We always speak of a woman without children as being childless—instead of childfree. This language immediately suspends the agency of a woman and puts her in a state of “not yet pregnant.”

Things are different on the fathers’ side. Whereas in the 19th century fathers were expected to be family patriarchs and stern teachers, in the 20th century the fatherly figure was relatively absent and uninvolved in the daily routines of family life. Think: Mad Men.

In common English language, to father a child means to provide the seed, to impregnate. If we contrast this active language to the passive language used for women, we can see that fathering responsibilities are constrained and limited to the mere initial act.

Nowadays, Western expectations of fathers continue to translate strongly to financial obligations. But these carry emotional and psychological burdens that in many cases alienate fathers from the family nucleus. In constructing fatherhood as a cultural phenomenon, we’ve neglected that they, too, have a genetic bond and instinctive nature with their children.

Although we’re not sure whether parenthood is fully instinctive or also partly learned, it is clear that the rippling effects of reducing women’s lives to motherhood, as well as neglecting father’s significance as biological nurturers, is contributing to sustaining gender inequality in workplaces.

So here are four things that companies can do to ensure proper support for parenthood in business:

Women’s leadership will forever be limited if we continue equating their bodies to reproduction. Men’s existence will also be limited if we do not acknowledge their biological inclination to fatherhood. 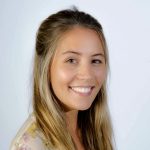 Paulina Capurro Boltendahl is a Uruguayan and German Social Sciences student. She has experience in HR and is now completing a Master’s in Corporate & Marketing Communications at HST. Her research in feminism, gender, and AI ethics has been awarded various prestigious faculty awards. All driven by an insatiable curiosity for new ways of doing things. Connect with her through LinkedIn if you want to dig deeper into her work or simply chat about life.