How I used a school project to smash mental health taboos

For one of my projects in the Master in Visual & Digital Media at HST, I was asked to tell a story through a series of images. The assignment was for Prof. Brian Hallert’s photography class. At the same time, my storytelling professor Begoña González-Cuesta was giving us a class about self-portraits. Naturally, as I’m a lover of interdisciplinary activities, I decided to mix and match those ideas, telling the story of friends and family with diverse mental health conditions through a series of self-portraits.

I suffer from ADHD, as many would have me admit. However, my issue is not with the term ADHD, but with the word suffer. I choose to view this “mental health deficit” I was born with as a superpower. And to my friends who are in the same boat, I’m not at all suggesting you refrain from taking medicine or from consulting psychiatric professionals. But I am calling for the motion that we—as a community—begin embracing those with these superpowers as valuable community members rather than hindrances.

Yes, we’re going to be calling them superpowers from now on. We’ve set the foundation to dig a bit deeper into the idea that all differences can be recognized as valuable and can work in favor of the entire community. But this is a group effort. Cooperation is critical. From caregivers and teachers at the early stages to employers later on, understanding and leading from a place of empathy and acceptance is what will allow the collective community to nurture these superpowers.

Keeping an open mind is key

Not only bosses, teachers, and people in leadership, but also our colleagues and our classmates, should understand the importance of their roles in creating environments of inclusion for those with superpowers, and how to avoid contributing to potential triggers. I’m diagnosed with ADHD, and can speak on my experience, but other individuals, like those with bipolar or autistic superpowers, may exhibit behaviors out of line with what we call “standard.” It is important to understand that standard and correct are not synonymous.

Throughout my experience at HST, I’ve noticed the university’s commitment to inclusion—both through direct action, like with its Center for Diversity, and through the enabling of student-led action, like our 100+ student-created clubs. HST additionally facilitates ways for students to better understand each other and work better together. For example, our semester kicked off by us taking the Myers-Briggs Personality Test.

In comparison to other educational institutions, HST not only heavily promotes diversity and inclusion, but executes it. From having 24 nationalities in my 34-person classroom to the LGBTQ+ representation across the university’s media channels, we’re exposed to people from all walks of life. But an area of improvement that all institutions and businesses can aim for (including HST) is the explicit highlighting and embracing of the mentally diverse. Mental “illness” has a long history of stigma—it is by actively pushing to change the lexicon and open doors to those who have been stigmatized that we make effective change.

The media’s role in mental health

As media specialists, it is the responsibility of my colleagues and I to design ways of diminishing these stigmas. Despite the increasing awareness about mental health, there is still a lot of work to be done to achieve total inclusion. Artists can play a role in opening this door.

The project: mental illness in images

As someone with ADHD, I get most of my inspiration by daydreaming about the many observations I make throughout the day. And using certain techniques, I gather these ideas and channel them later into all of my creative projects. It’s understanding both my “yellow sun” and my “kryptonite” that serves as key.

Let’s suppose that other superheroes—like those with dyslexic superpowers—have different methods, like creating “separated patterns” based on visual cues to ultimately make diverse and creative connections from a perspective that would have never been possible without dyslexia. (Check out the “Cookie Thief” experiment.)

It’s these realizations about our not-often-spoken-about superheroes that led to the idea for my photography project. Using my own superpowers of observation and research, I decided to embody those of others through a series of self-portraits. My goal was to create a space to help superheroes and everyone else in our community build a better environment by telling our stories. 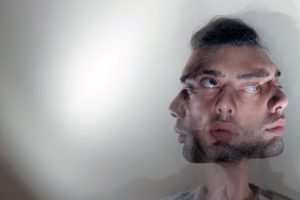 There is an emphasis on speed and stillness. We are quick on our feet sometimes, jumping from topic to topic or laid back daydreaming at others. The faces on the sides are observing and storing information, from a narrow-sighted perspective at times and a far-sighted one in others. Seemingly distracted, the face in the middle is weaving these observations into creative ideas. A unique creative process is optimized in the right environment. 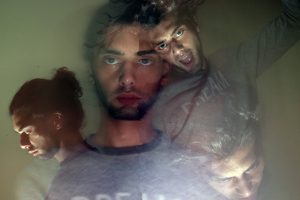 Moving in a trance steered by the holy trinity of emotions, the contradictory natures of being come at different times to serve different purposes. Some of their spiritual motivation and rationalistic perspectives can be utilized creatively. As they are easily triggered and quick to face a problem, giving them thought-provoking issues will loosen up knots or widen perspectives at the office. 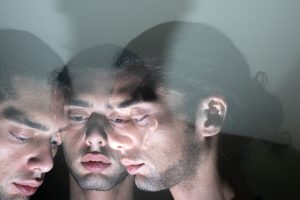 These superheroes take time processing information, contrary to what others do who think fast. Both valid and valuable, yet the former isn’t as appreciated as the latter in the digital sphere. The same expression represents the passage of time, mentally consumed with a particular subject. 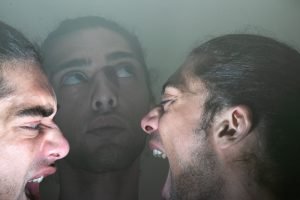 In this alternate universe, there is more than one individual arguing. As the schizophrenic listens to their different perspectives, the superhero analyzes and occasionally gives his two cents. When frustrated, he asks them to stop the fighting and move on. This is based on the experiences of someone close to me. This person has a unique source of intelligence, though I have yet to put a name to it.

Inclusion for a better world—and for better performance

Change is progress. And superheroes are valuable. Beyond being aware of how to treat these valuable individuals in society, it’s important to also understand how to optimize their performance in the workplace. A simple way of achieving this is curating work environments and conditions that offer flexibility, like the ability to work remotely.

All business leaders should dedicate time and energy to understanding and empathizing with all employees. The following steps should serve as an initial guide: 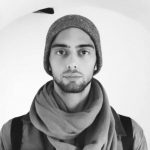 Mohamed Bsat is a social media strategist and digital creator. With a passion for marketing and branding, Mohamed does most of his learning by creating case studies of big brands—their successes and failures. At HST, he is pursuing the Master in Visual & Digital Media to compliment and further cement his prior learnings. Connect with him via Instagram or LinkedIn.