Moving past tick-the-box diversity: The importance of true inclusive leadership

Inclusive leadership is the key to successful teams. But inclusivity and allyship goes far beyond diversity quotas and stats.

Pride month is just around the corner, and with it we’ll see our media channels decorated with the rainbowed logos of businesses publicly demonstrating their support for the LGBT+ community. And it would be amiss to say this wasn’t a good thing. The protestors of the Stonewall Riots 51 years ago never would have imagined that their radical political movement would one day be worn by the world’s most powerful corporations like a summer dress.

But support must be rooted in authenticity. While vast progress has been made in the last 50 years, it’s important to recognize that pride still is a political movement––and leaders of corporations that brandish support on the outside must ensure that those values are carried out and celebrated on the inside.

Diversity is more frequently becoming a centerpiece on companies’ lists of core values. We see the world’s top corporations, like Apple and Amazon, cite diversity as central to their missions, and Google publishes an annual data-driven diversity report to publicly track progress.

But why? Why is diversity so critical in the modern workplace? And how can companies and business leaders refrain from simply ticking the boxes and instead build genuine ecosystems of diverse, high-performing talent?

Diversity as an asset

The logic in setting goals to build and embrace diverse teams at the corporate level is actually quite simple: the world is a diverse place, and a company failing to emulate that diversity within their walls is a company that will likely fail to connect with diverse communities outside of those walls.

According to research by Deloitte, organizations with inclusive cultures are three times as likely to be high-performing and eight times more likely to achieve better business outcomes. Employees perform better when they feel included, and leaders that encourage a diverse team to bring their ideas to the table are playing their parts in swapping out groupthink for open expression. And ultimately, it’s open expression and diversity of thought that lead to innovation.

At a time when Diversity and Inclusion (D&I) efforts are often politicized––in part by anti-immigration leaders like Donald Trump and the resurgence of nationalism––it’s key to understand that the world’s above-mentioned tech giants are not only the most innovative companies, but the organizations who lead the pack worldwide in D&I efforts. And think of the world’s most innovative cities––New York, London, Dubai, Singapore… They’re immigration hubs. International melting pots. These aren’t coincidences.

Diversity can be a company’s largest asset. But a diverse, high-performing team doesn’t happen overnight. It isn’t as easy as throwing unique people together in hopes that they produce a conveyor belt of creative ideas. An inclusive leader has the responsibility to move past surface-level definitions of diversity to create a work culture that empowers and emboldens everyone––across race and ethnicity, gender and gender identity, sexual orientation, age, and ability.

The keys to inclusive leadership

The most intelligent person in the room isn’t always the best fit for leadership. This is where companies often falter––masterful hard skills are rewarded with promotions, but it’s the soft skills that push dynamic and diverse teams forward.

An inclusive leader understands the importance of soft skills, and executes them. Below are four things that inclusive leaders do to build work environments that work for all.

We don’t always know the answer. And leaders aren’t immune to mistakes. But leaders who admit faults and acknowledge when they don’t know something are leaders who can be trusted. They balance their authority with authenticity. A humble leader opens doors to collaboration, acknowledges the value of others, and gives voice to all team members.

Human beings, by nature, are subject to unconscious biases––as objective as we try to be. Start with acknowledgment and from there, challenge your assumptions. A straight white man walks through the world with a lot more privilege than a black trans woman. An inclusive leader recognizes these truths, and makes the active effort to ensure that D&I policies aren’t stifled by a narrow viewpoint.

Diversity on its own doesn’t create solutions. A culturally intelligent leader understands that differences don’t mean a lack of common ground. They value thinking differently and build environments that not only leverage differences to build productive teams, but celebrate them on a human level.

This boils down to authenticity and a “we before me” attitude. Allyship is everyone’s duty in the modern workplace, and an inclusive leader makes it a priority. They devote time, energy, and resources to building a workplace culture that makes allyship the norm. This also means having the courage to challenge what’s wrong and stand up for the right thing even when uncomfortable. A passive leader stagnates progress. 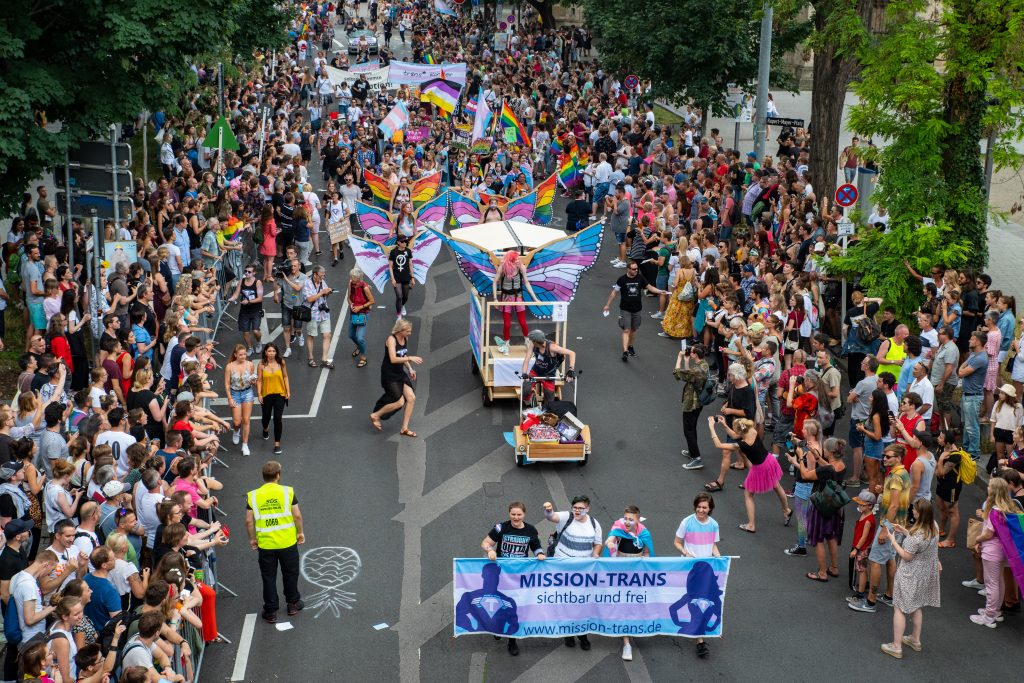 As more companies and leaders prioritize diversity and inclusion in the workplace, it’s important that authenticity remains at the root––not PR. Corporations that aim to profit off of next month’s pride celebrations––particularly those without genuine intention to support the LGBT+ community––are likely led by leaders focused more on tick-the-box diversity than true cultural change. Inclusive leaders, both formal and informal, have the responsibility to reject profit-driven diversity schemes––known as “pinkwashing”––in favor of working to build genuinely diverse teams and attitudes that value each of its parts as much as the whole.