The untapped potential of quantum computing

Quantum mechanics—the behavior of the smallest, most basic building blocks of our universe—is one of the least intuitive scientific studies for most of us to conceptualize. Even less intuitive is the emerging field of quantum computing, which could upend countless industries and entirely change how the world functions. Read on to learn how humanity’s brightest minds are manipulating the mind-bending properties of quantum mechanics to completely disrupt the world of computing.

If you’re reading this, chances are, you’re not a scientist. And while I’m a student in the Master in Cybersecurity and a voracious learner of other subjects, I’m certainly no scientist either. But we don’t have to be physicists to have at least a peripheral understanding and awareness of classical mechanics. So let’s dive in.

Simply put, classical mechanics is the set of physical laws of nature that govern our macroscopic world—the things we see and experience in our everyday lives. Classical mechanics includes phenomena ranging from mundane events like a basketball player calculating her shots, to how humanity successfully sent astronauts to and from the moon on a spacecraft whose computer had literally one million times less memory than the phones we now carry around in our pockets.

When we peer out into the universe, it’s easy to think of ourselves as infinitesimally small. And we are. But each of us is also pretty enormous, if we compare ourselves to the smallest possible things we can observe. The average human is made of approximately 7*10^27 atoms. That’s seven billion billion billion atoms. But when we start to look at the smallest possible things in the universe, they start to behave in incredibly strange ways that often seem to contradict our macro understanding of how the universe works. When classical mechanics breaks down the atomic and subatomic levels, we use quantum mechanics as the fundamental theory that describes the nature and behavior of these particles.

Starting as far back as the early 20th century, we’ve made mathematical advances to reliably predict how quantum states unfold. And with current technological advances, we are developing ways to harness the power of this quantum weirdness to exponentially improve our computing power as we move further into the 21st century. So what is quantum computing and what are its implications in the future of technology and, by association, our lives? 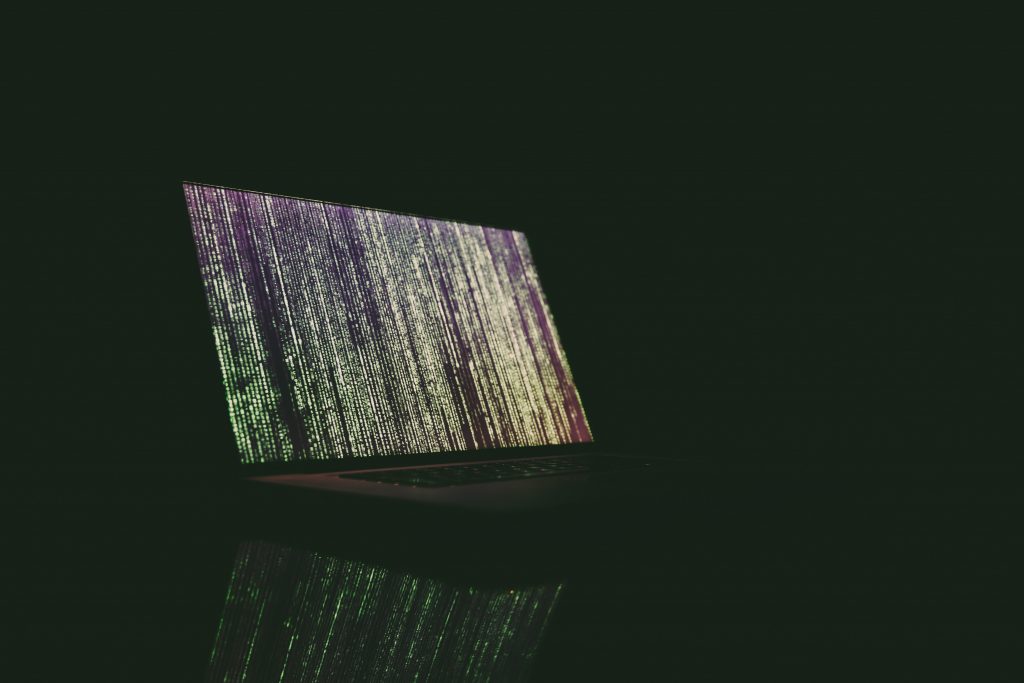 Quantum computing at a glance

Quantum computing, which is still in its infancy, differs from today’s computing in a number of key ways. But the most fundamental difference comes down to the bits. In today’s computers, we deal with binary bits that have a value of either 1 or 0. On or off. Nothing more, nothing less, always clearly defined. Quantum computers utilize what are called “qubits.”  While these qubits may sound cuter than their classical counterparts, don’t be fooled—they’re far more complex and dynamic. They take advantage of a key quantum property called superposition, which effectively means a quantum particle can exist in multiple locations at exactly the same time.

Now, I know this may sound impossible to our macro-level conscious minds, but it has been reliably verifiable since the early 20th century. So while classical bits have a value of either 0 or 1, qubits have a value of any combination of both 0 and 1, which enables the possibility of parallel calculations. Without getting into the technical details, this means that quantum computers can have exponentially more computing power than classical ones. So while quantum mechanics may seem niche and irrelevant to your life, it could have a massive impact in the years to come.

Think of a qubit’s superposition as a coin that’s being flipped. While it’s spinning in the air, it exists in some combination of both heads and tails. Only when we catch it and observe it does it have a definite heads or tails (0 or 1) outcome. (Image source: Getty)

If you’re interested in learning the finer mind-bending details of quantum theory in a relatively understandable and intuitive way, check out this video by Veritasium (one of my all-time favorite YouTube channels) about the many-worlds theory of quantum mechanics.

Before you get your hopes up, don’t expect to be walking around with a quantum-computing smartphone in your pocket anytime soon. (I know… I want one too.) Most of the everyday computing activities that we perform today will continue to be perfectly well-executed by classical computing. However, quantum computing has the ability to completely and forever change numerous technologies and industries. 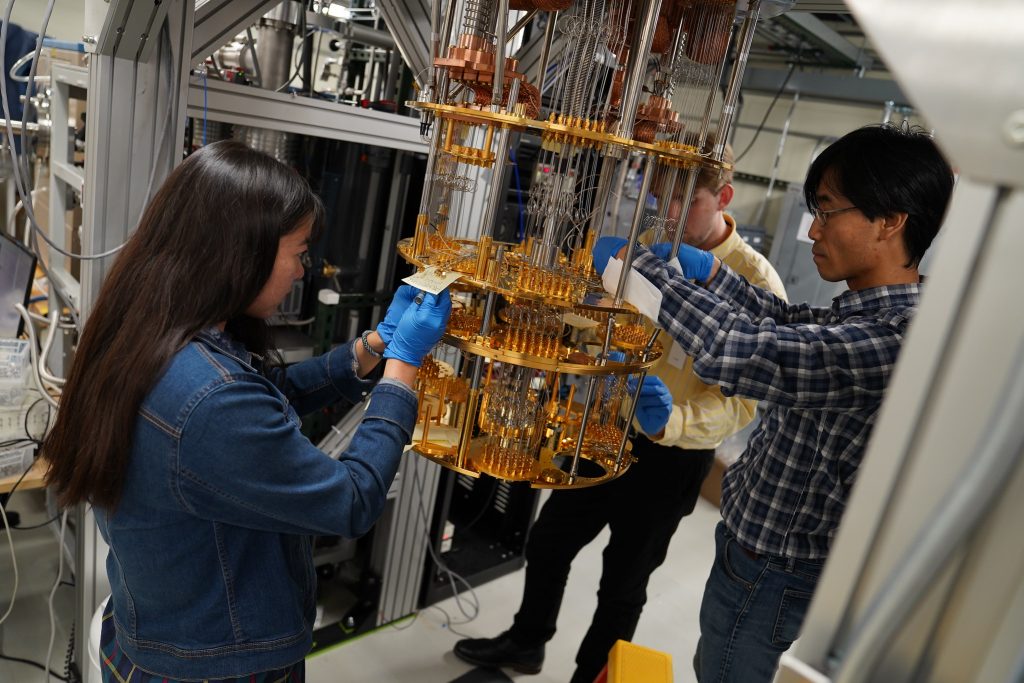 The key changes that the exponentially increasing power of quantum computing will introduce are an enhanced ability to accurately replicate quantum systems and an increased capability of automated intelligence—more specifically, machine learning.

Here are just a few of the potential future applications this technology could have:

Developing a new drug, testing it safely, earning viability, and releasing it into the market is no small (nor inexpensive) feat. Current molecular modeling done by classical computers has its shortcomings, so utilizing quantum computing to replicate quantum systems can help us more accurately, effectively, and quickly model and simulate new drugs for a reduced cost. This molecular modeling doesn’t just apply to healthcare, but more broadly to all molecular biology and particle physics.

We live in a world in which data is one of the most valuable commodities. It’s difficult to conceptualize just how much data exists out there in cyberspace. Therefore, using quantum-enhanced machine learning to make sense of tons of unstructured data can give an individual or company a massive competitive advantage in virtually any industry. Some of those industries include:

As a cybersecurity student, I had to include this. And yes, quantum computing may very well be good for some of the bad guys out there.

Many of our most secure forms of encryption are based on the limits of classical computing.  By exponentially increasing computing power, it will become feasible to “crack” some of our current forms of the most secure encryption. 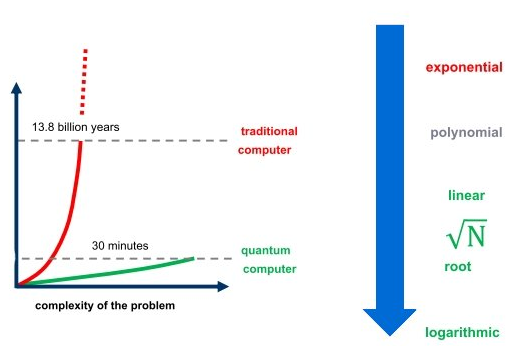 Now, you may be asking yourself, “Why aren’t we there yet?  If we have this technology, why aren’t we using it?”

Despite the mathematics behind quantum computing being sound and well established, a number of engineering challenges stand in the way of making the technology commercially viable. For example, quantum computers as they exist today have a significantly higher error rate than classical computers.

But while some cast doubt on a quantum-computing future because of challenges like this, I am confident we will overcome them. Many people said nuclear power, heavier-than-air flight, and putting a man on the moon were impossible—until they weren’t.

The promise and potential of quantum computing is far too strong for our brightest minds to give up in the face of difficulty. The idea that a viable quantum computer with a few hundred entangled qubits could solve a highly complex problem in minutes while its classical counterpart would require more time than has existed in the lifespan of the entire universe is just too powerful to abandon. One day, we will get there.

Born and raised in sunny Los Angeles, California, Rob Maxey studied audio engineering and business in his undergrad before ultimately taking a leap of faith and moving halfway across the world to teach English in Madrid, Spain. He is now studying the Master in Cybersecurity at IE School of Human Sciences & Technology.  Beyond being an addictive learner and cybersecurity student, Rob is also a lifelong musician and an enthusiastic world traveler. Connect with him via email at rob.maxey@student.ie.edu or on LinkedIn.