Vodafone Challenge, part I: How to change the world in 5 weeks

Studying at IE University opens doors to many possibilities: networking with industry professionals, completing hands-on projects, and, sometimes, saving the world. Bachelor students at IE got the chance to do just that in the real-world Vodafone Challenge this spring 2020.

For us, it all started when the team at IE Talent & Careers sent us their weekly newsletter with an interesting offer: the Vodafone Challenge. That caught my attention immediately: why was a telephone company launching a challenge for students? Further reading showed that their main idea was pretty simple, but required a lot of work: the goal of the five-week project was to come up with a solution for a major social challenge the world is currently facing.

The idea became even more appealing to me when a friend of mine wrote to me asking if I wanted to form a group with her. As the project sounded amazing and I was really excited to participate, I said yes right away. From this moment, we started forming our group. In the end, 9 students from different bachelors, such as Communications, Business Administration, International Relations, and Laws, joined us in this mission to change the world.

Getting the ball rolling 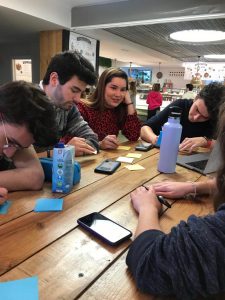 The first part of the project consisted of two modules. The first was an individual task: we had to write some things about ourselves, like how we see ourselves, why we’re willing to put in the effort, who we want to be, and the sustainable development goals that most interest us. Despite this being a personal task, we decided to share all of our reports amongst each other, so we could get to know each other better. In the end, we realized we had much more in common than we thought. For the second part, we had to pick the main focus of our project (in other words, the social challenge we wanted to address) and the sustainable development goal that would correspond to that issue. We landed on the topic of minimizing the use of plastic in supermarkets, because, while it seems simple, it’s a lot more complicated than it appears.

Plastic usage is so widespread within supermarkets that we don’t even realize it’s there. While some solutions do exist, they’re not as widely implemented as they could be, and there is a lot of room for improvement. We realized the extent of the problem on a trip to the supermarket we took together. (Next time you go grocery shopping, try to notice every single time plastic is used. You’ll be shocked.)

«I really like the project because our challenge consists in reducing plastic in supermarkets, and this is a problem that I’ve learned and seen with my own eyes both before and during the project. […] I think it’s crucial we find a solution to reduce, reuse, and recycle the plastic that we are using nowadays both in supermarkets and in every aspect of our lives. This needs to be done for health, environmental, and economic reasons. This project has allowed me to find ways in which I can act as an individual but also how I can help others question the system we are living in,» reported Laura Ortega, a third-year Communications student. 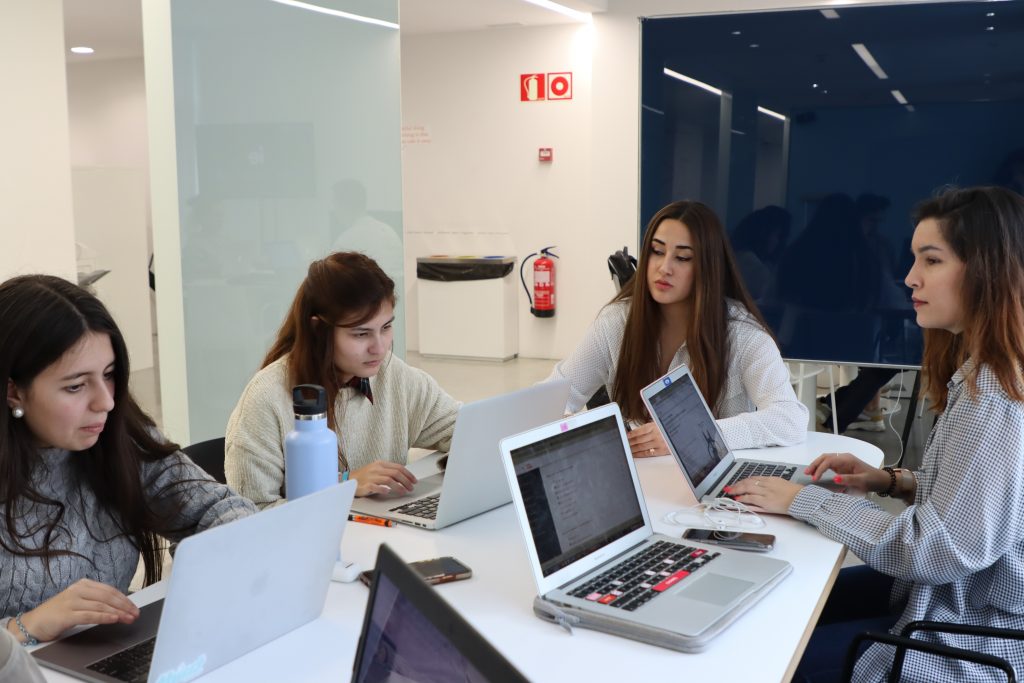 Each team also had to write down their fears, passions, values, superpowers, and principles. To be honest, that part took our team a very long time. We couldn’t agree in just a couple of minutes, because we’re such a diverse team that it was hard only to limit our choices to just a handful. We all wanted to highlight different aspects of our team, but after a vote, we decided on five for each category.

I was impressed to see that many of our fears were related to climate change and not leaving a good future for generations to come. This got me thinking that this may be a latent fear in all of us that no one really talks about it. And I was shocked to see that this was not only my impression, but others in the group revealed a similar concern:

«[For me] what really stood out is the fact that even those who don’t believe in climate change or the problem we’re facing, when seeing changes in their environment—such as friends using glass bottles or their parents recycling at home—started to make small changes in their habits too,» said Nur Younis, a first-year student pursuing the Business Administration and International Relations dual degree.

Next steps for the Vodafone Challenge

Over the course of the next week, we will be developing our third deliverable as a team: research on our topic, including past developments, professional opinions, and even an interview with an expert in the field.

Stay tuned for part two of the Vodafone Challenge. 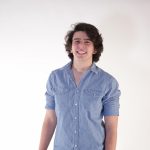 Caio Marques, born and raised in Brazil, is currently pursuing a Dual Bachelor in Business Administration and International Relations at IE University in Segovia. He also interns at the IE HST marketing department in Madrid. Passionate about technology, transportation, and smart cities, Caio feels positive about the future—if everyone does their part. He is an avid listener of audiobooks and would love to hear your recommendations. Connect with him here.